About Wessel Ebersohn And His Writing 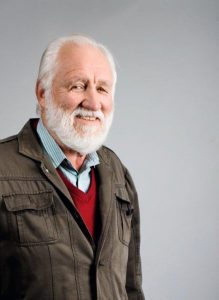 Now that apartheid has ended I try to reflect in my writings the strengths of the post-apartheid society, but also its excesses. While there are many of these, they are relatively light-weight sins, only exploring the shallows of evil, nothing like the depths of the past.

Having confessed all that, none of my stories are sermons. Above all, they are stories and I am a storyteller. They are intended to grip and entertain and, judging by the responses of reviewers, and readers on the Amazon website, they seem to have had some success.

My writing has been published in my own country, in the United Kingdom, in France and all European countries to the north of that fascinating country, and also on the other side of the Atlantic in the USA, the country to whose writers I owe most.

My first published novel (in 1977) was also the first in the Yudel Gordon series, a character who is with me still. One might say we have grown old together. The book’s title was A Lonely Place To Die. Two years later the second Yudel Gordon was published, its title: Divide The Night.

Between the two, Store Up The Anger, about a death in security police detention, was well received wherever it was published. If there was an exception to that, it was to be found in the reaction of my country’s censors. They banned both that book and Divide The Night. The banning order on both was fought by Professor John Dugard of the University of the Witwatersrand and the ban lifted by Professor Kobus van Rooyen of the Publications Appeal Board.

The eighties were years of disillusionment for me and Miriam, my life partner. Perhaps we expected too much. The reality was that while government agents were regularly killing activists, the side of truth and justice was as regularly, without even the semblance of a trial, burning alive people by the necklace method. Many who were killed that way were guilty of nothing at all. Few leaders of the liberation movement spoke out publicly against it. At least one applauded it publicly. When two strike breakers were murdered on the premises of the country’s largest trade union federation, its general secretary would not even acknowledge it to me.

The confusion in my mind affected my ability to write about our society and was certainly a contributing factor to the slowing down of productivity in my fiction. It also contributed to a completely different choice of subject matter. Klara’s Visitors was a satirical look at Hitler’s early years.

Closed Circle saw the return of Yudel Gordon, but between 1981 and 2009 I wrote only those two books and one about the six years we lived in the Knysna forest and the friends we made among wild creatures.

Since 2010, three more Yudel Gordon books have appeared. In The October Killings, Abigail Bukula, Yudel’s new associate, appears for the first time. Those Who Love Night is set in the Zimbabwean dictatorship across out northern border. And The Top Prisoner of C-Max deals with a power battle between inmates of a maximum security prison.

During that period The Classifier also appeared. It is the story of the son of a man responsible for race classification in apartheid South Africa. As a teenage boy he committed his society’s unforgivable sin by falling in love with a coloured girl. During the time the story is told he is an embittered middle-aged man, leaving the country.

Miriam and I have been married for 52 years. We have three children and six grandchildren.

As a writer, I am just getting into my stride.