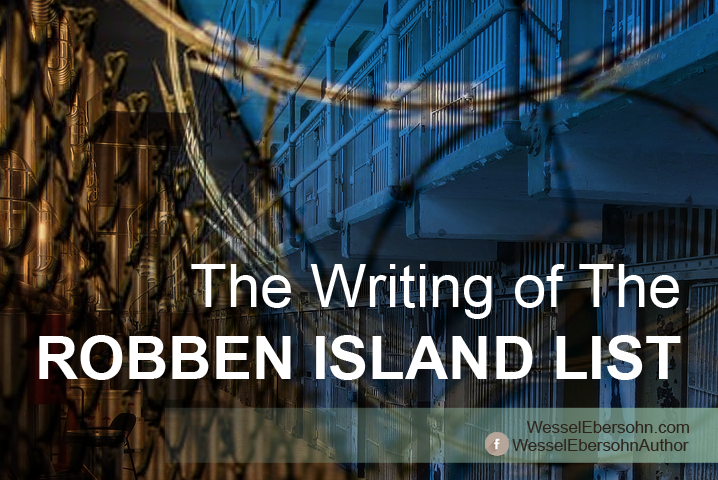 Pretty much in the centre of Table Bay, overlooked by Table Mountain, one of the seven wonders of the world, just ten kilometres from Cape Town, lies a small island with a sad history. Over the centuries it has been a leper colony, a military installation, a whaling station, an animal quarantine point, a regular prison used to keep bad guys off the streets, and, in more than one century, a place to isolate political prisoners.

This is the place where Nelson Mandela spent most of his 27 years in custody. Hundreds of others who shared his views, and some measure of his courage, spent time with him on the Island.

The name of the place means Seal Island, not a surprising name. The Cape Fur Seal, of which many thousands once inhabited the island, have since been driven up the West Coast by humanity’s intrusion into their territory, but can still be seen in the area, even in Cape Town’s harbour.

As a child, growing up in Cape Town, Robben Island was always a mysterious place. Standing on the upper slopes of the mountain and looking down on the bay, the Island looked to me like a leaf drifting on the surface of the sea. At that stage, the view was an innocent one. Only later were Mandela and the others brought there.

Escape from Robben Island is theoretically possible, but the sea is chilled by the cold Benguela current from Antarctica and strong currents from the Atlantic swirl round the bay. Those who have tried to swim it have all died.

Both the Island and the prisoners held there have fascinated me for many years. My visits to prisoners, both political and otherwise, my dealings with police officers, both before and after the advent of democracy, have given me insights that I believe the reader will find in this book.

The story of The Robben Island List is entirely fictitious, but the background, activists, island, security police, Pretoria’s prisons, the government departments and police: all are very much as you will find them if you go looking.

Yudel Gordon gets involved in the investigation into the killing of some former Robben Islanders, when Abigail Bukula of the Department of Justice asks him to interview the main suspect. The suspect is being held in Pretoria Local among other awaiting trial prisoners, giving Yudel access to him. The interview leads him on a trail that includes a major and painful element of self-discovery.