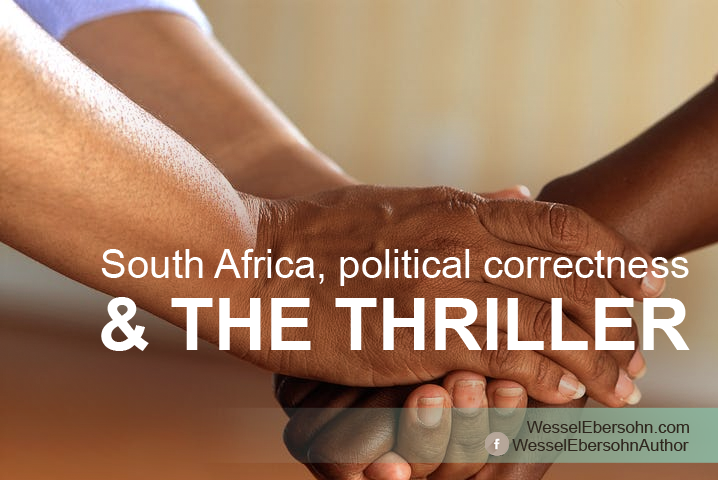 Probably because South Africa is still a new democracy, and yes, twenty-three years makes us still new, political correctness stalks the land. It gets in the way of novelists, movie makers, visual artists, in fact talented people of every kind who think for themselves. In some company, if you are not careful about your opinion, you can get an entire dinner party descend on you as one, seemingly ready to tear you, or maybe just your thinking, limb from limb. (Is it possible to tear a thought limb from limb?)

In South Africa, political correctness means falling in with a certain kind of thinking that has as its stated aim assisting all who were discriminated against by Apartheid, surely a noble cause. In this way of thinking, discriminating in favour of black people is upliftment, discriminating in favour of whites is racism, dismissed employees are automatically innocent of any wrong-doing, limiting the number of whites in the national cricket team is good, but insisting on one white in the national football team is only raised as a point of discussion by lunatics. I believe it is something that we will get over it in due course.

In Hitler’s Germany, Nazism was politically correct, in mid-century Russia Stalinism was, in North Korea today their own whacked-out form of communism is. The one towering advantage all political correctness has, is that it obviates the need to think. If you want to be on the right side, with never the need to think at all because other clever people have done it for you, this is the way to go. No good writer, of thrillers or anything else, can possibly be politically correct. No one aspiring to be a writer dare be.