Which are the Top 10 Books of the 20th Century, and do they measure up to the top books of all time? The answer is largely a matter of taste. There will never be agreement even of the criteria you should use in judging them. And judging itself is a pretty strange way of approaching any book.

Among the issues faced when making such selections are the nature of the books you consider. Many lovers of serious fiction would never consider a thriller to be among the best. It seems the plot devices used by thriller writers precludes them, but these same plot devices are used by other novelists – a bit more subtly perhaps.

As a thriller writer myself, I have difficulty seeing the division been thrillers and serious novels. To me, it all depends on the quality of the book. I see all my thrillers as serious novels, and on the other hand, I hope my serious novels thrill their readers. If a thriller is better book than a Tolstoy, it hardly matters how you categorise it.

But then this is really a matter of taste. It is also a matter of where your interests lie. We all prefer a novel that is about something that interests us.

Here then are, in my opinion, the top 10 books to read before you die. If you go looking for them, I hope you enjoy them as much as I have. 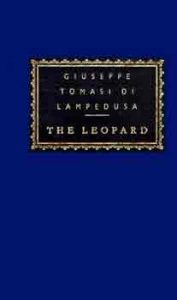 1 The Leopard by Giuseppe di Lampedusa

The Sicilian prince, Don Fabrizio, hero of Lampedusa’s great and only novel, is described as enormous in size, in intellect, and in sensuality. The book he inhabits shares his dimensions in its evocation of an aristocracy confronting democratic upheaval and the new force of nationalism. In the decades since its publication shortly after the author’s death in 1957, The Leopard has come to be regarded as the twentieth century’s greatest historical fiction. 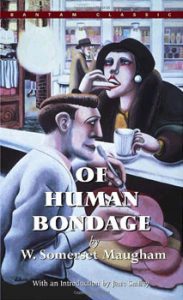 A brilliant description of the sexual bondage in which a young man finds himself.

The first and most autobiographical of Maugham’s masterpieces. It is the story of Philip Carey, an orphan eager for life, love and adventure. After a few months studying in Heidelberg, and a brief spell in Paris as a would-be artist, he settles in London to train as a doctor where he meets Mildred, the loud but irresistible waitress with whom he plunges into a tortured and masochistic affair. 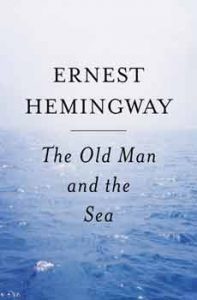 3 The Old Man and the Sea by Ernest Hemingway

Elemental and economical, it is one of those books where you feel it would be a sin to change even one word.

The Old Man and the Sea is one of Hemingway’s most enduring works. Told in language of great simplicity and power, it is the story of an old Cuban fisherman, down on his luck, and his supreme ordeal — a relentless, agonizing battle with a giant marlin far out in the Gulf Stream.

Here Hemingway recasts, in strikingly contemporary style, the classic theme of courage in the face of defeat, of personal triumph won from loss. Written in 1952, this hugely successful novella confirmed his power and presence in the literary world and played a large part in his winning the 1954 Nobel Prize for Literature. 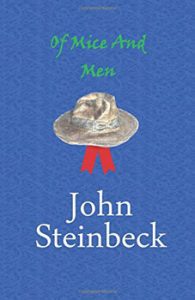 4 Of Mice and Men by John Steinbeck

A long short story about the flotsam of the 20th century’s great depression. It has been published in a great many editions, performed as a play on television, the movies, the stage and radio. Few novels have had so profound an effect on so many people.

Streetwise George and his big, childlike friend Lennie are drifters, searching for work in the fields and valleys of California. They have nothing except the clothes on their back, and a hope that one day they’ll find a place of their own and live the American dream. But dreams come at a price. Gentle giant Lennie doesn’t know his own strength, and when they find work at a ranch he gets into trouble with the boss’s daughter-in-law. Trouble so bad that even his protector George may not be able to save him…. 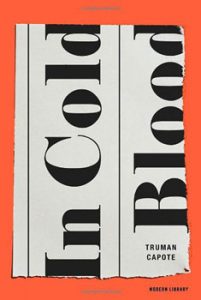 5 In Cold Blood by Truman Capote

Although this is a true story, it has always seemed to me at least as much novel as history. Its effect on the writer himself was so severe that he never afterwards completed a novel.

On November 15, 1959, in the small town of Holcomb, Kansas, four members of the Clutter family were savagely murdered by blasts from a shotgun held a few inches from their faces. There was no apparent motive for the crime, and there were almost no clues.

As Truman Capote reconstructs the murder and the investigation that led to the capture, trial, and execution of the killers, he generates both mesmerizing suspense and astonishing empathy.

In Cold Blood is a work that transcends its moment, yielding poignant insights into the nature of American violence. 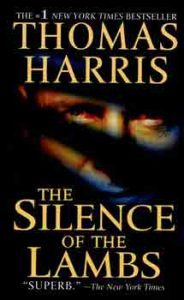 6 The Silence of the Lambs by Thomas Harris

This one is classified as a thriller by the wise people of literature. A damned good book, better written than almost any novel generally seen as being serious.

As part of the search for a serial murderer nicknames “Buffalo Bill,” FBI trainee Clarice Starling is given an assignment. She must visit a man confined to a high-security facility for the criminally insane and interview him.

That man, Dr. Hannibal Lecter, is a former psychiatrist with unusual tastes and an intense curiosity about the darker corners of the mind. His intimate understanding of the killer and of Clarice herself form the core of Thomas Harris’ The Silence of the Lambs–an unforgettable classic of suspense fiction. 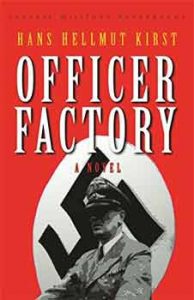 This story falls into the category of a special favourite. In hundreds of movies and novels, we see the German soldiers of World War II as little more than caricatures. This fascinating study treats them as human beings. It has the ring of truth.

Officers aren’t born–they’re carefully molded. In Nazi Germany this training took place in a horrific “factory, ” where the men received both military and ideological indoctrination, preparing them to fight successfully for the fatherland. When a murder occurs in the school, however, underlying tensions begin to surface. Another unforgettable novel by the world-renowned author of” Night of the Generals (made into a film with an all-star cast) and an incomparable journey into the heart of wartime Germany. 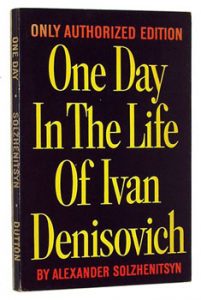 A deeply moving story of a man’s struggle with Russia’s Kafkaesque bureaucracy of the time.

First published in 1962, this book is considered one of the most significant works ever to emerge from Soviet Russia. Illuminating a dark chapter in Russian history, it is at once a graphic picture of work camp life and a moving tribute to man’s will to prevail over relentless dehumanization, told by “a literary genius whose talent matches that of Dostoyevsky, Turgenev, Tolstoy, [and] Gorky” (Harrison Salisbury, New York Times). 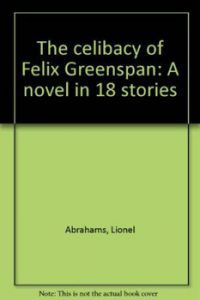 9 The Celibacy of Felix Greenspan by Lionel Abrahamse

This is a South African novel that has never received the acclaim it deserves, so honest that I cringed at times while reading it, but it is a reading experience never to be forgotten.

Felix Greenspan is South African, Jewish and the victim of cerebral palsy — like Lionel Abraham himself. Even ordinary, everyday accomplishments are difficult for him. He has his own heroes, and he finds love, rarely — but he finds it, sometimes freely given, sometimes bought.

10 One Flew Over the Cuckoo’s Nest by Ken Kesey

Kesey’s parable about freedom and friendship is among both the most moving and the most entertaining reads ever.

An international bestseller and the basis for the hugely successful film, Ken Kesey’s One Flew Over the Cuckoo’s Nest is one of the defining works of the 1960s.

In this classic novel, Ken Kesey’s hero is Randle Patrick McMurphy, a boisterous, brawling, fun-loving rebel who swaggers into the world of a mental hospital and takes over. A lusty, life-affirming fighter, McMurphy rallies the other patients around him by challenging the dictatorship of Nurse Ratched. He promotes gambling in the ward, smuggles in wine and women, and openly defies the rules at every turn. But this defiance, which starts as a sport, soon develops into a grim struggle, an all-out war between two relentless opponents: Nurse Ratched, backed by the full power of authority, and McMurphy, who has only his own indomitable will. What happens when Nurse Ratched uses her ultimate weapon against McMurphy provides the story’s shocking climax.

That concludes my selection of the 10 Best Books of the 20th century. If you are interested in reading some of my novels you can find them here.