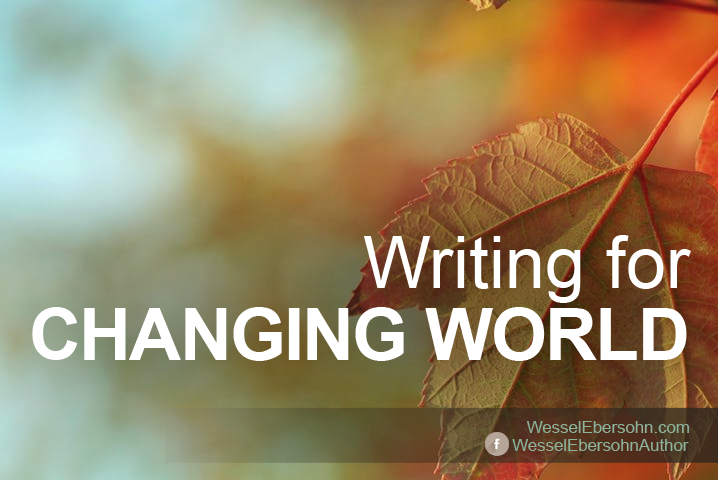 For decades serious South African writers wrote largely about the ways Apartheid affected themselves and their countrymen. It was such a singular system, it contained so many aspects and such powerful material emerged from it, that it was impossible to ignore.

Then came 1994 and for all of us everything changed. Not only did we see things differently, but the entire world saw us differently. Whereas we had been the polecats of the planet, led by men the rest of the world saw as dictators, we now had a president that all admired. Nelson Mandela had spent twenty-seven years in prison and emerged showing no bitterness towards those who had imprisoned him. When he travelled overseas, lunches were arranged when heads of state, political leaders, business moguls, movie stars, pop idols: all who could afford it paid to sit near the great man. And some of the glory rubbed off on all South Africans. The days, when on an overseas trip, you were shy to admit your nationality, were over.

After 1994, our writing had to reflect this new and entirely different world. Not only that, but you had to show overseas readers that, while Mandela was an immense gift to the country, things were not perfect and at least some of our writing was bound still to reflect elements of past subject matter. On the other hand, it sometimes seemed that those people from other countries who subscribed most strongly to the great liberal values that Mandela had come to represent, were slowest to understand that our country was less than perfect. After all, we had Mandela and we had a constitution that all the world admired, what challenges could possibly remain?

In The October Killings I sought to explore a world in which the villains can as easily come from the side of virtue as from the oppressors.

It turned out there were many. Some were echoes of the past and others, sadly, were introduced by elements of the new democratic regime. In this space we will look at both and how they affect South African writers.