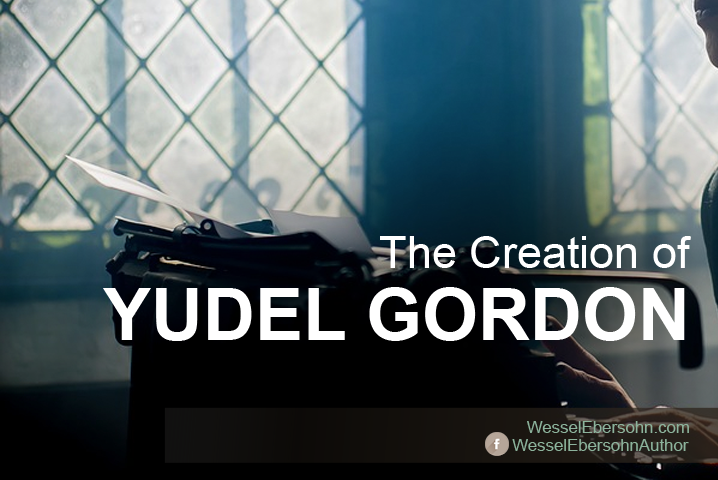 All but one of my thrillers have Yudel Gordon as the central character. Down the years, many people have asked me on whom I based him. Usually I’ve tried to avoid the question.

The truth is that he is an amalgamation of three real men, all of them psychologists, and this amalgam compounded with my own imagination. The three psychologists in question did not all arrive at the same time. When I wrote A Lonely Place To Die and Divide The Night, the first two Yudel Gordon stories, I had only met one of the three.

He was a brilliant, but eccentric man, whose practice suffered because of his eccentricities. A habit of his that found itself straight into one of the books was the way he would avoid his receptionist’s attempts to contact him during consultation if he found the patient interesting. A light set into his desk would flash if the time for a consultation was up, but he would slide a book over it to avoid interrupting the meeting.  On the other hand, if the patient bored him he sometimes fell asleep, losing patients that way.

This was just the beginning of Yudel’s development. Once you start writing, a character tends to develop an independent life. This is true of Yudel. During the six published novels that have featured him his personality has developed, growing characteristics that did not exist in the earlier ones. His personality stopped being that of the original source of inspiration and emerged almost entirely from some unknowable place.

A great deal has been written about the creation of fictitious characters and the extent to which they can be based on real people. A school of thought exists that believes that all characters are based primarily on the writer, or aspects of the writer’s personality.  De that as it may, Dickens is said to have based a charming young heroine on a young woman who at the time enchanted him, but when he ran into her again later the enchantment had worn off. That time he based a dull housewife on her. Let’s hope she never knew.